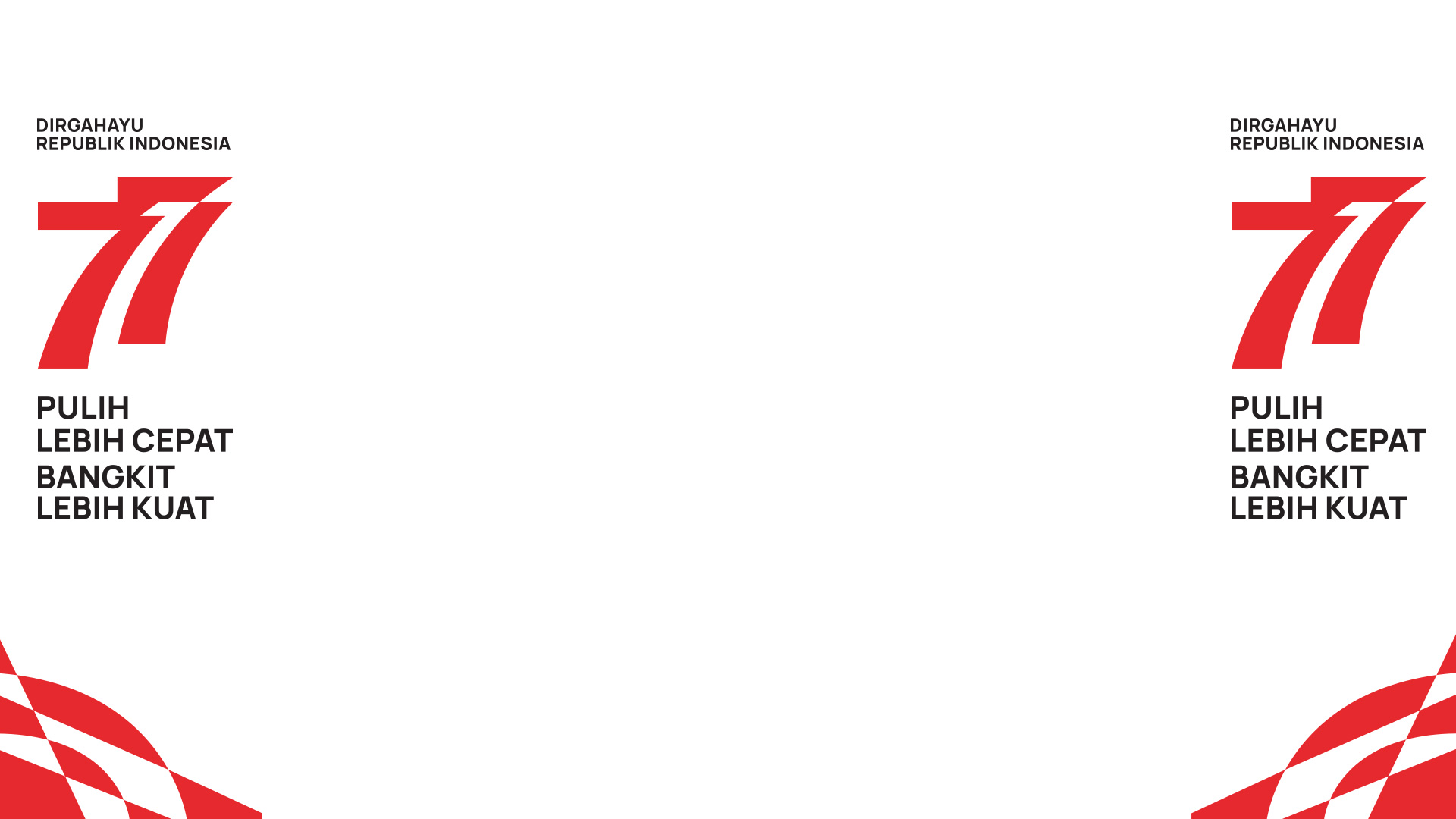 IN the five years since its esta­blishment, the Halal Product Assurance Organizing Agency (BPJPH) has come up with many innovations to expedite the halal certification process, allowing businesses to apply for a halal label for their product development and marketing.

To expand the market for halal products overseas, the BPJPH has also assisted other countries in determining the halal status of various products. Media Indonesia journa­list M. Iqbal Al Mahmudi and Gana Buana spoke to the Ministry of Religious Affairs’ BPJPH Chair Muhammad Aqil Irham on the importance of halal certification for domestic businesses and its influence on the global market. The following are excerpts from that interview:

What are BPJPH programs, and what accomplishments has the institution made so far?

In the fifth year since its establishment, BPJPH is now seeking to assert its presence and readiness to become a pioneer in the global scene. Previously, as a new organization, we have gone through institutional, structural, and human resources consolidation since 2017. It’s an ongoing process, but we are relatively stable. Starting October 17, 2019, we have begun to function in support of mandatory halal certification for food and beverage, meat products, and butchering services.

From 2019 to 2021, BPJPH issued as many as 749,971 halal certificates, or around 250,000 per year, on ­average, demonstrating a substantial increase. Data from the Indonesian Ulema Council (MUI) showed that in six years, from 2012 to 2018, some 668,000 products had received halal certification. But BPJPH has managed to exceed this number in just three years. In addition, there are now 18,248 Halal Product Process Advisors who provide halal certification for 3,000 SMEs through Free Halal Certification Program (Sehati) in collaboration with 203 domestic institutions and four international ones, in partnership with 151 Halal Product Process Advisory Institutions (LPPPH).

What can you tell us about the development of infrastructure, in this case, the Halal Inspection Agency (LPH)?

We have strengthened the halal certification infrastructure by increasing the number of LPHs. From 2017, after the appointment of BPJPH, until 2021, only two new LPHs were established, Surveyor Indonesia and PT Sucofindo, working alongside MUI, which has been around for thirty years. But in the past year, we have added 30 more LPHs from among the communities, universities, local governments, and state-owned enterprises.

And just now, eight new LPHs were about to be approved by the assessment team. We hope that by the end of 2022, we may have over forty LPHs. LPHs are BPJPH’s strategic partners in serving businesses. When a company registers with BPJPH to apply for halal certification, it will refer them to an LPH for inspection and/or product testing. The more LPHs there are in various regions, the more we can facilitate the long process of halal certification. The same goes for MUI. We have discussed with MUI to accelerate and simplify the halal certification process in their branch offices.

Does BPJPH push for the establishment of university-based LPHs?

Out of the 30 LPHs, seven are based in state and private universities, communities, and industrial centers in various regions. We hope this will allow us to provide groundbreaking services, particularly in terms of a speedy, easy, and affordable digital halal certification process. The partnership is not limited to establishing a university-based LPH but also training the LPH halal auditor for accreditation.

To establish an LPH, you will need at least three halal auditors who received training, passed the competence test, and registered with accreditation from the PBJPH assessor. In working with universities such as the University of Indonesia, Bogor Institute of Agriculture, and other campuses, we have done many joint activities. In addition, universities can also take the role of Halal Product Advisory Agency  (LPPPH).

What infrastructure does BPJPH need to optimize its halal services in the future?

BPJPH wishes that it has an institutional and functional presence across Indonesia. And, if possible, to establish representatives in many countries as spokespersons and consultants for overseas businesses and halal product agencies in countries with which Indonesia engages in export and import.

We have submitted structural reform plans to the Ministry of Administrative and Bureaucratic Reform, seeking a legal amendment to solidify BPJPH infrastructure. The 2014 Law No. 33 on Halal Product Assurance stipulated that BPJPH is entitled to establish regional branch offices.

Currently, we only have a halal task force, a non-permanent post attached to the Religious Affairs Office on the provincial level, that carries out the additional task assigned to the Islamic Affairs division of the Religious Affairs Office. BPJPH wishes to exist institutionally and functionally in the regions, not attached to other institutions, to allow BPJPH to provide the best services in the area.

To date, many SMEs do not think of halal as a trend. What’s your opinion on this?

Mostly, microbusinesses see halal as a religious issue since they are confident that their products are halal. On the other hand, small, medium to large industries has already seen halal as a trend, which is something that is not merely an issue of faith but is related to branding and image.

They see halal as part of their reputation, value, philosophy, and culture. A big company must have a halal brand as part of its corporate image and qualify its products for sale in the international market. Having a halal label shows that their products follow a standard for hygiene. By selling this value, they can generate revenues and profit—this sets micro, supermicro, and ultramicro businesses from their small, medium, and larger counterparts.

We have to admit that the public is not fully aware of this issue. Therefore, BPJPH and its strategic partners, Islamic organizations, local governments, and the media have tirelessly engaged in dissemination, publication, and education efforts to create a shared awareness of the importance of halal certification. We have also facilitated halal coaching for microbusinesses. Because, after all, the consumers have come to see halal as a lifestyle.

For non-food and beverage pro­ducts, what’s the trend in certification application?

We have certified many home goods, cosmetics, soaps, detergents, and other products. Particularly for cosmetics, medicines, and other products for which it is mandatory to have halal certification as of 2021. These include vaccines. Since consumers demand to consume only halal products, we have also issued halal certification for vaccines, like what we did for Indovac and several others in the pipeline.

What should be done to encou­rage businesses to apply for halal certification?

For SMEs, we have advisors to mentor them, and the certification process will be free of charge. I also think there should be a collective effort to encourage microbusinesses to apply for halal product certification. Also, to further facilitate the process, it might be helpful to release tutorial videos and guidelines on social media to provide online guidance for businesses.

SME digital literacy development will require mentoring and other efforts. Big and medium-sized industries which have not applied for certification are encouraged to complete the necessary preparatory stages. We hope that we will become not only consumers of halal pro­ducts but also producers so that halal products can significantly increase their contribution to the Indonesian economy.

We might even control the world’s halal product market, which is a significant and promising opportunity for our halal products, in addition to Indonesia’s sizable market. In this globalization era, we need to be more competitive.

We must prove that we are a qualified producer of goods for consumers in Muslim and non-muslim countries. The State of the Global Islamic Economy Report 2022, released by DinarStandard, puts Indonesia in second place in terms of halal food in Indonesia, up two spots from its previous rank. We should be motivated to become number one because we have the most significant Muslim population. We should have become the biggest producers of halal products.

The concept of halal has expanded. In the Quran, the phrase halalan toyyiban conveys the idea of good and healthy. And we believe this is relevant in this context because the Quran says: “Eat from what is lawful and good,” and with the growing trend of halal in Muslim countries, non-muslim countries, and even secular countries, the world has seen halal standards as something good. So there is an interfaith appreciation in the consumption of halal food.

Furthermore, halal is more than just an issue of faith and standards. The halal product industry is interrelated with the economy, finances, and spending power, which of course, contributes to the economic growth of a country. (H-1)